Most Americans don’t realize cooking can be a major source of indoor air pollutants, unless they’ve recently burned something on the stove. But studies have shown that cooking-related contaminants can cause health problems such as respiratory illness and asthma attacks. 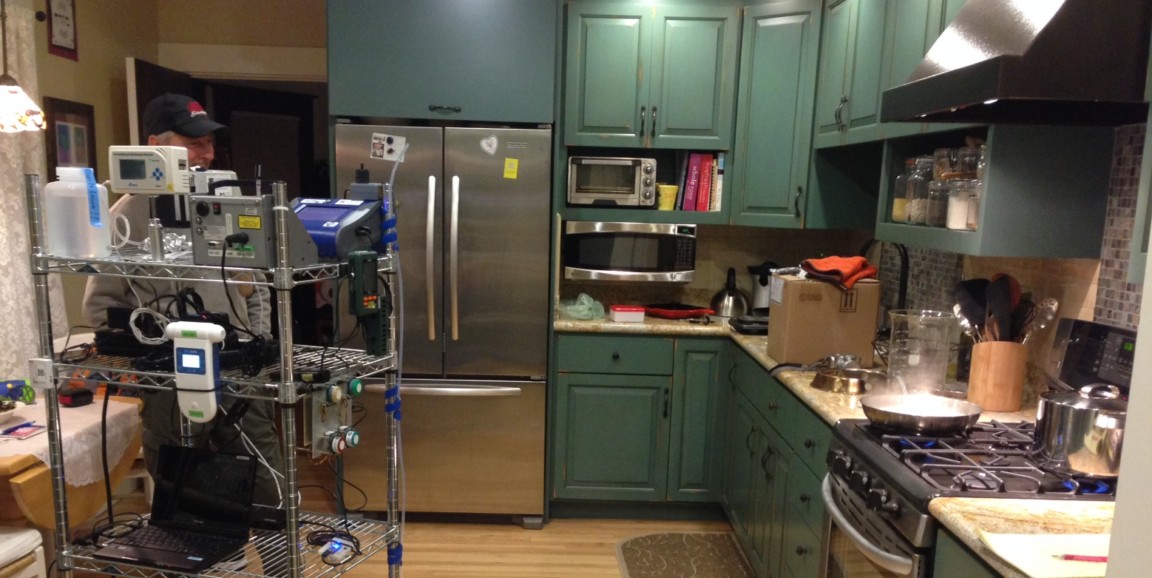 To learn more, I spoke with Brett Singer, PhD, a scientist at Berkeley Lab who investigates indoor air quality. Recently, he measured the levels of pollutants emitted from gas cooking burners and ovens in several Bay Area homes. I asked him about this study and for advice on how to reduce cooking pollutants.

Are harmful pollutants emitted when cooking?

A gas burner almost always produces significant quantities of nitrogen dioxide, which is a respiratory irritant. Depending on the burner configuration, it can also produce carbon monoxide, which is regulated by the Environmental Protection Agency. In general, newer cooktop burners don't produce much carbon monoxide because of design improvements. Finally, the gas produces ultrafine particles, smaller than 100 nanometers, which are dangerous because they can move around your body in ways that larger particles can't.Electric burners don't produce carbon monoxide and produce only small amounts of nitrogen dioxide. But an electrical coil burner can produce ultrafine particles, particularly when you first turn it on.
Cooking food on either type of burner also produces fine particles and some organic chemicals, including acrolein and polynuclear aromatic hydrocarbons that are known to be hazardous. Frying, broiling and other cooking at high temperatures generally produces more pollutants.
However, these pollutants can be easily addressed with good kitchen ventilation, which is especially important if you live in a small home.

What did your in-home study find?

We went into moderately sized homes — eight 1,400 to 2,500-square-foot homes and one small apartment — with common, well-functioning equipment that had been in use for a few years. We measured the concentrations of pollutants in the kitchen and elsewhere as we boiled and steamed water on the cooktop and/or oven, with and without ventilation. We found issues in half of these homes and that's not good. In four of the homes, we showed that the gas-cooking burners emitted enough nitrogen dioxide to exceed the health standards for outdoor air.

What are your tips to minimize these cooking pollutants?

The first tip is to ventilate when you cook, and to ventilate more the more you cook. Range hoods are the most effective way to do this, if your range hood actually moves air out of the kitchen. If you have a range hood that just recirculates air back into the kitchen, you need to use another exhaust fan — for example, from a nearby bathroom — or open windows.
You also need to use your hood or exhaust fan regularly. Based on several surveys, many people only occasionally use them.
People report not using them because they're noisy, because people forget to turn them on or because they aren't needed unless removing smoke, odors and moisture — like when frying something stinky. Those are good reasons to use ventilation, but people can't sense pollutants, so they may not be ventilating sometimes when it's really needed.
If you're buying a new range hood, buy a quiet one that you like. If it isn't quite as efficient but you're happy with it and you'll use it, then great. To improve on that, a range hood needs to have higher flow rates and cover the front burners.
Beyond that, almost any range hood works better if you cook on the back burners. If you put it on a low speed and cook on a single back burner, then you'll typically capture 50 to 70 percent of the pollutants.

What is the ultimate goal of your research?

The goal of our work on kitchen ventilation is to help people cook all they want — with gas or electric — without exposing themselves to harmful air pollutants. This is an important part of our broader work on high performance homes that use very little energy and provide a healthier environment for their occupants. We try to provide the science to inform builders, retrofit contractors and the general public.