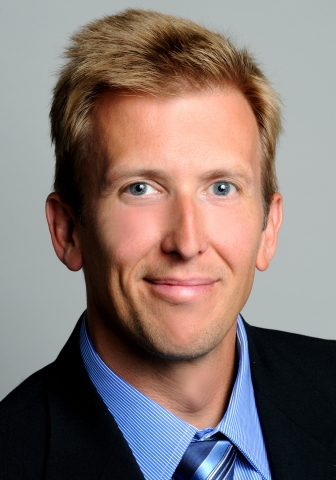 Dr. Kirchstetter is a Senior Scientist at Berkeley Lab.  He serves as the Director of the Energy Analysis and Environmental Impacts Division, which informs energy policy, standards, and decision-making for the benefit of society and the environment. Kirchstetter is also the Interim Director of the Cyclotron Road Division, which turns science concepts into viable market products and positions scientists for societal impact.  He holds a concurrent appointment as an Adjunct Professor in Civil & Environmental Engineering at UC Berkeley, where he teaches courses and mentors postdocs, graduate students, and undergraduate student researchers. Kirchstetter has served as an editor of the journals Aerosol Science & Technology and Atmospheric Chemistry & Physics and organizer of the International Conference on Carbonaceous Particles in the Atmosphere.

Kirchstetter entered the DOE national laboratory system as a student intern at Brookhaven National Lab in 1992. After earning a PhD in Environmental Engineering at UC Berkeley, Kirchstetter won the DOE Alexander Hollaender Distinguished Postdoctoral Fellowship in 1998 and began conducting atmospheric aerosol research under the mentorship of Tihomir Novakov at Lawrence Berkeley National Lab, where he as has spent the past 20+ years of his career. Kirchstetter is well known for his research on the optical properties of carbonaceous aerosols and the characterization of motor vehicle emissions and control technologies. Other significant research interests include inventing and benchmarking air pollution sensors, community-engaged air pollution monitoring using low-cost sensor networks, and the climate and air pollution footprints of anaerobic digestion to convert waste to energy.

Kirchstetter lives in Oakland, California with his wife and three kids and enjoys playing music, fishing, hiking, and cooking.

Journal and Editorial Board Memberships

Fluorescent Cooling of Objects Exposted to Sunlight - The Ruby Example

Soiling of building envelope surfaces and its effect on solar reflectance – Part III: Interlaboratory study of an accelerated aging method for roofing materials

Changes to the Chemical Composition of Soot from Heterogeneous Oxidation Reactions

Infiltration of Black Carbon Particles from Residential Woodsmoke into Nearby Homes

How many replicate tests are needed to test cookstove performance and emissions? – Three is not adequate

Soiling of building envelope surfaces and its effect on solar reflectance – Part II: Development of an accelerated aging method for roofing materials

How many replicate tests do I need? – Variability of cookstove performance and emissions has implications for obtaining useful results

Soot reference materials for instrument calibration and intercomparisons: a workshop summary with recommendations

Soiling of building envelope surfaces and its effect on solar reflectance—Part I: Analysis of roofing product databases

Evaluation of the carbon content of aerosols from the burning of biomass in the Brazilian Amazon using thermal, optical and thermal-optical analysis methods

Can combining economizers with improved filtration save energy and protect equipment in data centers?

Building a predictive model of indoor concentrations of outdoor PM-2.5 for a residential research house in Clovis, California

Building a predictive model of indoor concentrations of outdoor PM-2.5 in homes

A Concentration Rebound Method For Measuring Particle Penetration Into A Residence, Section 12A1

Impact of oxygenated gasoline use on California light-duty vehicle emissions