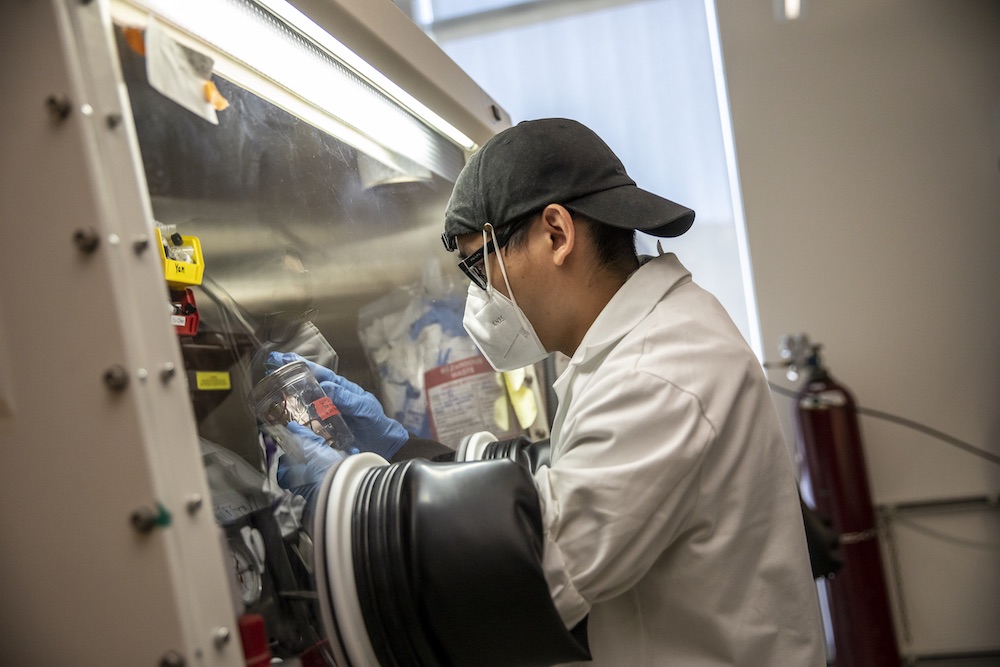 Berkeley Lab has been awarded more than $13 million for five research projects that will accelerate the development of advanced lithium batteries and smart, connected vehicles, making it easier to switch to electric vehicles.

The awards were announced by the Department of Energy and are part of a total of $209 million in battery research projects selected by DOE’s Vehicle Technologies Office. The funding to Berkeley Lab is for a five-year period. Three of the five Berkeley Lab projects are to develop solid state lithium batteries, which have the potential to be safer and have much higher energy density than conventional lithium-ion batteries.

“This is very promising. It’s an enormously important path for the energy storage industry because solid state batteries are both safer – they don’t have highly flammable liquid electrolytes, like today’s lithium-ion batteries do – and will lead to higher energy density,” said Berkeley Lab battery scientist Gerbrand Ceder, the lead scientist on one of the projects. “With conventional lithium-ion batteries we don’t have much of a path left to higher energy density because it’s already almost fully optimized.”