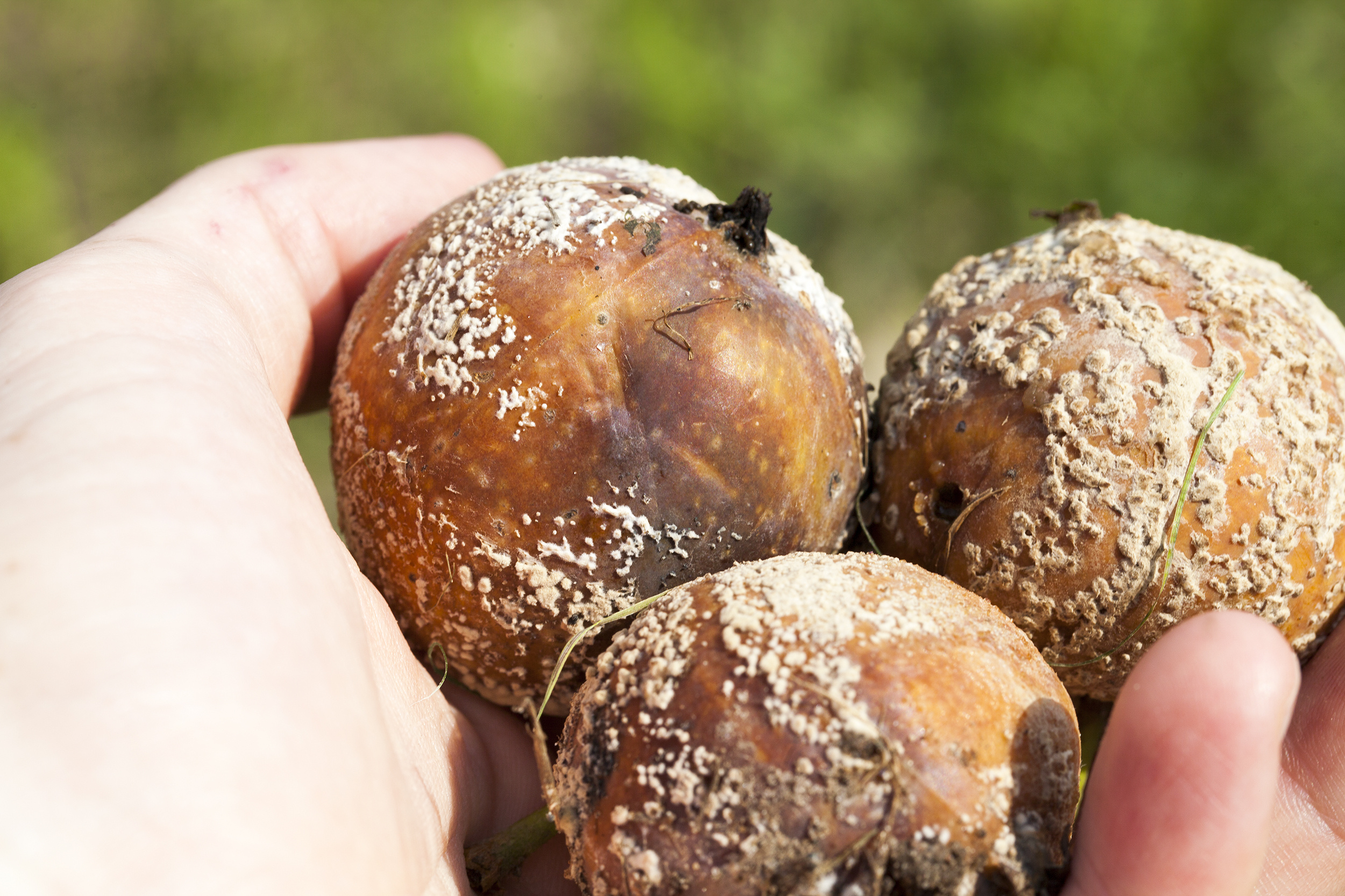 It's late February, which means farmers in Central and Southern California are busy harvesting thousands of acres of citrus and winter vegetables crops. Or at least they're trying to. Monster storms have delayed harvests and damaged crops, resulting in losses of California crops that typically bring in 4 billion dollars annually. Recent policies on food waste reduction tend to focus on the waste that occurs in the home or restaurant, but significant food losses occur at all stages of the food supply chain.

This was confirmed by a team in the Energy Technologies Area (ETA) at Lawrence Berkeley National Laboratory (Berkeley Lab) that is developing the first sub-annual, county-level inventory of food waste generated from the entire food supply chain in California. The team, which includes Hanna Breunig, Ling Jin and Corinne Scown from the Energy Analysis and Environmental Impacts (EAEI) division, and Alastair Robinson from the Building Technology and Urban Systems (BTUS) division, discovered that out of the 6 million "bone dry" metric tons of food waste generated annually in California, less than 20 % is post-consumer waste. This finding indicates that source-reduction at restaurants and in homes is important, but will not be a sufficient strategy for driving down the amount of food waste that gets landfilled, buried or burned. This is especially true in California, where the market for compost generated from food waste can be weak or seasonal. The ETA team is currently studying the potential for converting California's food waste to electrical and thermal energy as part of a larger project for the California Energy Commission that aims to develop a geospatial siting tool to help energy generators and waste biomass managers connect, and assess the viability and impacts of future bioenergy projects.

Their paper, "Bioenergy potential from food waste in California", was recently published online in the journal Environmental Science and Technology at pubs.acs.org. It is the first study to model spatial and temporal dynamics in both feedstock production and energy infrastructure capacity in order to estimate potential bioenergy generation from food waste (Figure 1). This new capability allowed the team to determine that, on a mass basis, there is enough existing excess capacity at anaerobic digesters (AD) and solid biomass power plants in the state to treat nearly all high moisture food wastes (e.g. discarded vegetables), and a little over 50 % of low moisture food wastes (e.g. nut shells). According to their analysis, conversion of all food waste generated in California could provide an average electricity generation equivalent to 55% of installed biomass electric generation capacity in California. 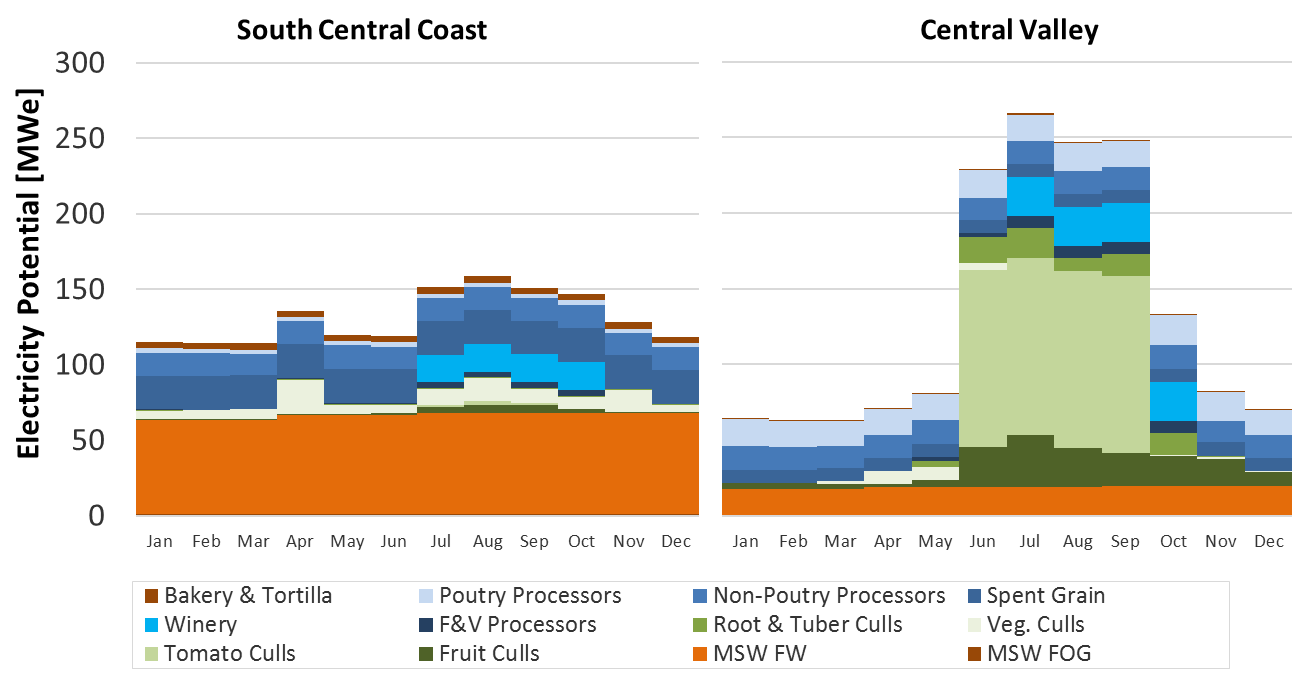 However, as constraints on transportation, AD loading rates, biogas storage, waste storage, and market competition for food waste were introduced into the analysis, the potential to treat food waste dropped significantly. For example, simply constraining food waste conversion to the county of origin resulted in a 60 % reduction in electricity generation (Figure 2). Furthermore, the data collected by the team on facilities with AD, revealed that up to 40 % of biogas generated statewide is flared, with many facilities flaring 100 %. Based on these results, inefficient infrastructure and waste management networks will impede efficient utilizing of food wastes, and associated biomethane, making it difficult for California to simultaneously lower greenhouse gas emissions, reduce organics entering landfills, and meet renewable energy targets. By identified and assessing areas in California where investments in energy and waste infrastructure could support cost-competitive conversion of waste biomass to bioenergy, the ETA team will help policymakers better understand how to incentivize efficient use of waste biomass like food waste, and help stakeholder develop long-term strategies that are region and project specific. 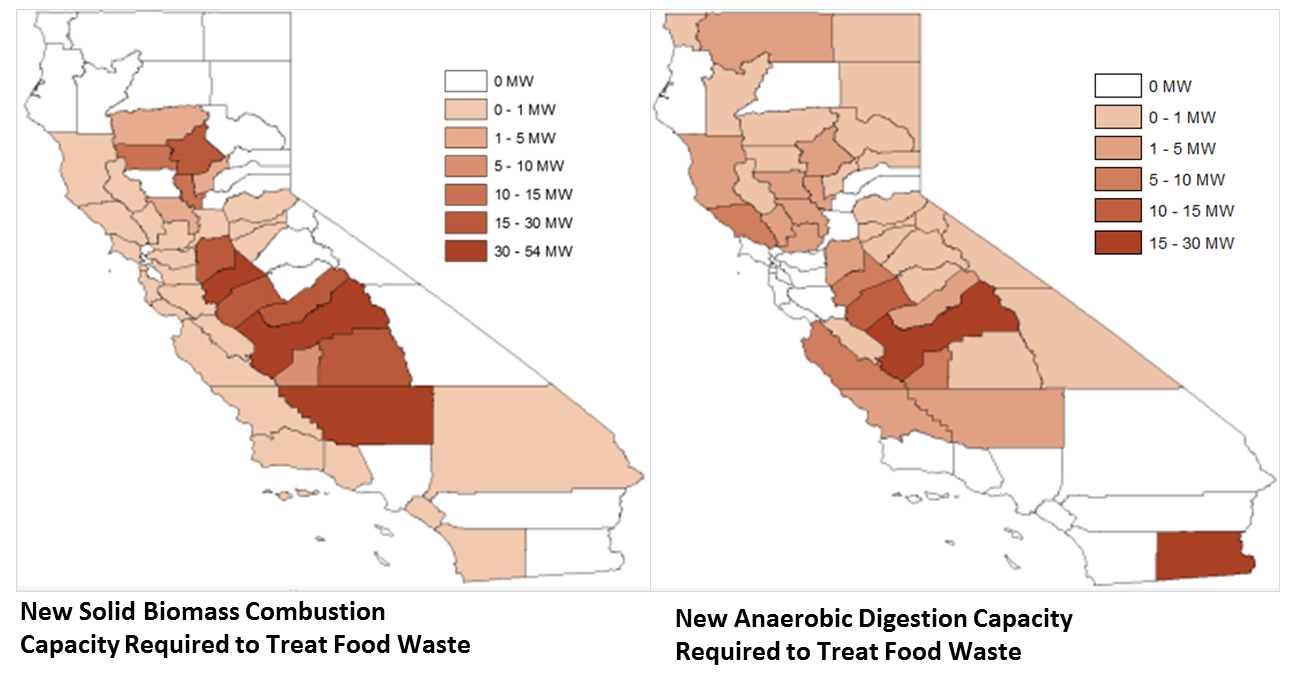