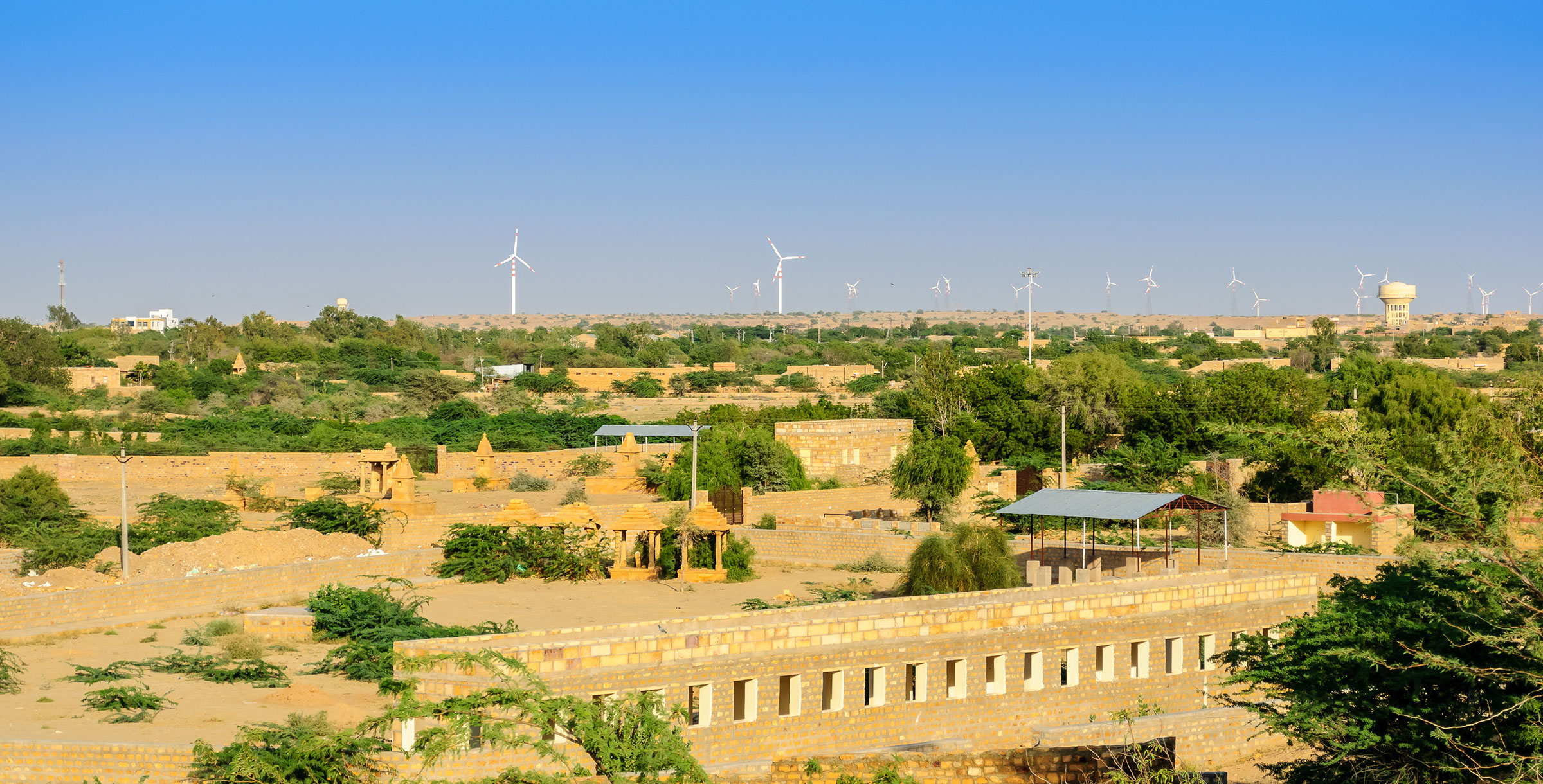 Dramatic cost reductions over the last decade in battery storage and wind and solar energy position India to leapfrog to a more sustainable system for delivering affordable and reliable power to serve near a doubling in electricity demand by 2030, according to a new study by researchers at the U.S. Department of Energy’s Lawrence Berkeley National Laboratory (Berkeley Lab).

India, with a population of more than 1 billion people – and the world’s third-largest energy consuming country, owing to rapid industrialization and rising incomes – has set ambitious clean-energy targets to reduce pollution and battle climate change, all while meeting growing electricity demand. The country has committed to installing 175 gigawatts (GW) of renewable energy capacity by 2022, up from 100 GW currently, and rising to 500 GW of non-fossil electricity capacity by 2030, per Prime Minister Narendra Modi’s announcement at the recently concluded UN Climate Change Conference in Glasgow.

Using state-of-the-art computer models and simulations, researchers examined a least-cost investment pathway to reliably meet India’s electricity demand through the year 2030 in the publication, “Least Cost Pathway for India’s Power System Investments.” The study demonstrates that if India achieves its target of installing 500 GW of non-fossil electricity capacity by 2030, it could reduce electricity costs by 8 to 10%, provided the renewable energy and battery storage prices continue to decline. From 2020 levels, the carbon emissions intensity of its electricity supply would reduce by 43 to 50% by 2030.

“We found that building such high levels of renewable energy would actually be economical for India, thanks to the cost reductions in clean technologies that have occurred much faster than anticipated,” said Berkeley Lab scientist and the study’s lead author, Nikit Abhyankar. “However, the key to achieving the lowest costs, while maintaining grid reliability, lies in complementing the renewable energy buildout with flexible resources such as energy storage and demand response, and utilizing the existing thermal power assets in the country in the most efficient manner.”

Toward a clean, affordable, and dependable grid

Berkeley Lab researchers found that by 2030, nearly 50% of India’s electricity supply could come from carbon-free sources compared to only 25% in 2020. This would require a near quadrupling in total renewable energy capacity over the decade. The researchers also found that complementing renewable energy buildout with flexible resources such as shifting agricultural electricity consumption to solar hours, using batteries to store four to six hours of daily energy for nighttime use, and utilizing flexibility in existing thermal power plants is cheaper than building new coal- or gas-based plants.

The study shows that by 2030 coal consumption and greenhouse gas emissions from the power sector can almost hold at 2020 levels. Transitioning to clean energy sources to meet electricity demands is therefore unlikely to lead to a loss of coal-mining and transportation-related jobs in the near to medium term, giving India time to plan for a longer-term transition.

“The cost of energy storage for grid-based applications is rapidly falling, making it a viable near-term option for scaling up renewables,” said Deputy Assistant Secretary Anna Shpitsberg for the Bureau of Energy Resources of the U.S. Department of State. “Along with adding renewable capacity, scaling battery storage and enhancing demand response capabilities are essential to ​India’s efforts to move along a low-carbon trajectory while meeting its demand growth reliably.”

In a complementary report, the research team emphasizes that an enabling policy and regulatory framework is critical for India to achieve this least-cost resource mix. Such a framework includes, among other things, enabling states to share resources with each other, integrating reliability and cost-effectiveness in electric utilities’ planning and procurement practices, widening and deepening the electricity markets, ensuring that energy storage is appropriately valued and compensated for, and coordinating between power and gas sector operations for efficient utilization of the existing gas pipelines and gas power generation assets.

Additional Berkeley Lab authors in this research include Shruti Deorah and Amol Phadke. The research was funded by the Department of State, Bureau of Energy Resources (ENR), under the Flexible Resources Initiative of the U.S.-India Clean Energy Finance Task Force. The initiative seeks to advance cost-effective strategies to assure that India’s power system has sufficient flexibility and robustness by incorporating a spectrum of flexible resources to integrate the large capacity of renewables coming online over the next decade.

ENR leads the Department of State’s efforts to develop and execute international energy policy to promote: energy security for the United States and its partners and allies; U.S. economic growth that benefits American business and people; and global political stability and prosperity through energy development.